Kennyhertz Perry’s  regulatory attorneys specializing in novel and emerging regulatory issues, including issues related to the legalization of cannabis, investments into the industry, the Controlled Substance Act, and marijuana issues affecting the states. As former regulators, and former Chief Compliance Officer, our marijuana attorneys understand the trading aspects and exchange aspects of the proposed business models. 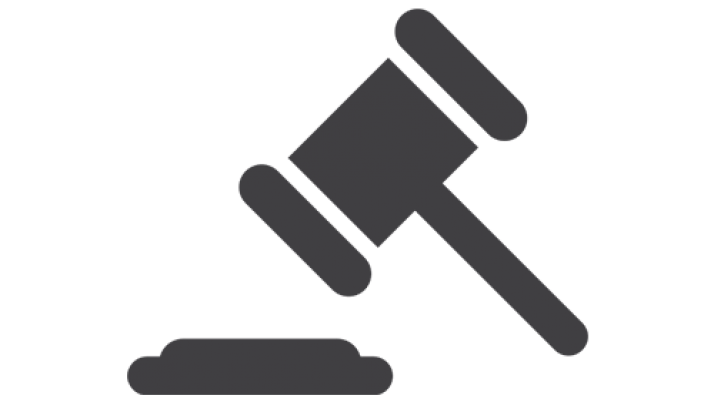 Kennyhertz Perry’s Kansas City  litigation attorneys handle significant disputes for a broad spectrum of financial institutions, major commercial, industrial and service corporations and high net worth individuals involving state and federal cases, as well as parallel proceedings before criminal, administrative, and regulatory agencies. Our attorneys have substantial experience in all aspects of dispute resolution, including

Increasingly,  trafficking-related activities in global supply chains include corruption, bribery, and other conduct that could result in liability for companies subject to Foreign Corrupt Practices Act (FCPA) jurisdiction. Both sending countries and countries employing forced labor can be liabilities for companies unknowingly using unscrupulous agents. Companies can avoid FCPA prosecution by instituting an effective, functioning compliance program. Routine FCPA Due Diligence is a critical component in maintaining a FCPA compliance program.

If you or your company is subject to, or suspects potential supply chain issues, contact our experienced attorneys. Attuned to detail, Kennyhertz Perry’s investigations are unparalleled in quality, exceeding the highest standards.

Kennyhertz Perry, LLC Partner Braden Perry was featured as one of several information security experts in the ABA Law Practice Today. Mr. Perry discussed the revelation that some of the country’s most prestigious law firms were hacked in an attempt to uncover confidential information, coupled with the “Panama Papers” scandal, and how it has put an uncomfortable spotlight on law firms and their data security programs.

The two-part series, entitled “Law Firm Hack Attack,” addresses the serious issues with law firms and their data security, including why law firms are targets. Mr. Perry has extensive experience advising clients in federal inquiries and investigations, particularly in enforcement matters involving complex or emerging and novel issues. He also works with clients in all industries in crafting information security programs and ensuring their current information security programs are sound.

Apple recently raised its defenses in a court briefing, ranging from attacking the purposes of the All Writs Act, to the 1st and 5th Amendment arguments. Perry commented on the the overall  balancing the needs of law enforcement with the privacy and personal safety interests of the public, and the fact that the ” government needs a ‘compelling’ interest to force Apple to write new code,”  he said. Still, however, Apple faces an “uphill battle.”

On February 3rd, John Kennyhertz, Partner with Kennyhertz Perry, LLC, presented at the Kauffman Foundation as part of the FastTrac TechVenture program.  The certified FastTrac curriculum and the affiliates that teach it have a proven framework to help aspiring entrepreneurs start businesses across the country.  The audience was made up of UMKC professors and entrepreneurs from the greater Kansas City area.  Serving as the legal expert for the UMKC Small Business and Technology Development Center, Kennyhertz addressed various legal issues faced by today’s entrepreneurs and their startups.  He discussed entity selection and formation, the importance of a tailored operating agreement, Federal, state and local government regulations, employment law, business licensing, and employment law issues.  Mr. Kennyhertz continues to serve as a valuable resource to the growing startup community in Kansas City through his continued involvement and work with The Kauffman Foundation, UMKC and the University of Kansas School of Business.

Braden Perry, a government enforcement and investigations attorney with Kennyhertz Perry, LLC, has been invited to speak at The Knowledge Group’s live webcast entitled “FCPA Investigation Cooperation: Avoiding Common Corporate Mistakes.” This event will focus on companies and clients potentially at risk for a Foreign Corrupt Practices Act (“FCPA”) investigation and how internal investigations should be appropriately tailored and cautioned against overly broad and costly investigations that may delay resolution.

In a two-hour live webcast, a panel of thought leaders and practitioners assembled by The Knowledge Group will identify the common corporate mistakes and the best strategies on how to avoid them during FCPA investigation.

Braden Perry, a litigation, regulatory and government investigations attorney with Kennyhertz Perry, LLC was one of several experts that spoke with Business News Daily on the first steps to take if your company has been sued. Perry said that you should check the caption and service information on the lawsuit to ensure that it contains the proper entity or person associated with the issues. If this information is incorrect in any way, you may move to dismiss the action in its entirety. If it is correct, you should proceed with reviewing the allegations and put a litigation hold, or preservation order, in place. This requires the company to preserve all data that may relate to the legal action.

The CFPB is designed to help consumers across the financial industry, said Perry. And company culture is often the biggest obstacle to CFPB compliance: “Many regulated companies are “reactive,” meaning that they do not anticipate issues but wait for issues to arise and then act or “react.” [They’re] short-sighted, looking at the near-term and not focused on long-term goals. “Proactive” companies are forward looking, not only in anticipating issues that might arise, but in having clear directions and goals.”

Kennyhertz Perry’s Braden Perry discussed Apple’s refusal to decrypt an iPhone with Grant Gross, Senior Editor of IDG News Service, the wire service representing PCWorld, Computerworld, MacWorld, Network World, CIO and dozens of other leading tech publications worldwide. The FBI claims that iPhone, which belonged to one of the San Bernardino shooters, may be helpful in their investigation.

Perry, a former federal enforcement attorney now practicing government investigations and litigation, stated that while unlikely, Judge Pym could hold Apple in contempt of court if the company refuses to cooperate with her order and could impose significant fines.

So far, Apple is refusing. The court should rule in the next few weeks.

Every day, business owners face an increasingly-complex workplace and situations may occur that require swift investigation and reporting. Kennyhertz Perry attorneys work with business owners, boards of directors, and other senior management in internal investigations involving corporate or employee issues. We further work to prevent or minimize the need for investigations by engaging with the