Home / Copyright and Trademark / The Good, the Garnish, and the Gather: Looming...

The Good, the Garnish, and the Gather: Looming Court Fight Teaches a Great Deal About Branding and Trademark Rights 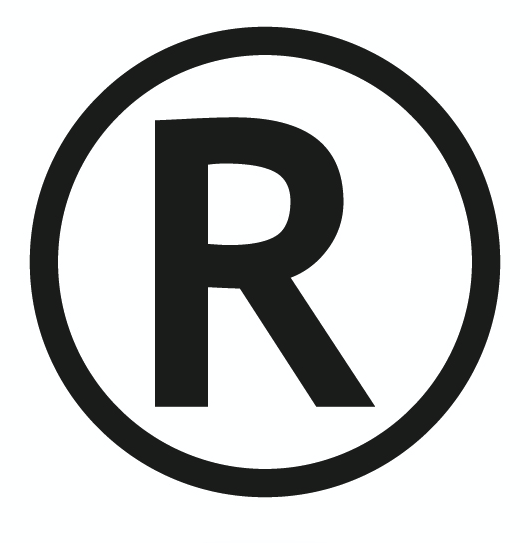 The Good, the Garnish, and the Gather: Looming Court Fight Teaches a Great Deal About Branding and Trademark Rights

Garnish and Gather, LLC (“G&G”), a relatively small Georgia company selling meal kits and fresh and prepared foods, has filed a trademark lawsuit in the Southern District of New York against Target Corporation to stop Target’s use of “Good & Gather” as its new in-store food brand. The history and current status of the case is interesting because it typifies many features of “modern trademark warfare.”

The application did not sail through the US Trademark Office. In June of 2013, G&G received an “Office Action” from the Examining Attorney for the Trademark Office refusing to register the mark because of a “likelihood of confusion” pertaining to the pre-existing registration of the term GARNISH for restaurant services (owned by a restaurateur in Ohio). Essentially, the Examining Attorney was concerned that since the term GARNISH was the first word in the registered mark, and since GARNISH was a rather usually and noticeable word, and since prepared foods and take-out food for pick-up and delivery was often provided by restaurants, there was a likelihood of confusion between the existing registration, GARNISH, and the applied-for mark, GARNISH & GATHER pursuant to Section 2(d) of the Trademark Act.

As often happens, the attorney for G&G responded to the Office Action and argued that the distribution channels for G&G were different from the channels used by GARNISH restaurant. Responding to the Examining Attorney’s point that the entire registered mark was included in the applied-for mark and that, generally, “added material” is not strongly considered in distinguishing an applied-for mark from a registered mark, G&G’s attorney argued forcefully that adding “& GATHER” to the mark changed the commercial impression of the trademark term and the concept of “gathering” was an essential element describing the essence of G&G’s business. G&G also pointed out that its business was very unlike restaurant take-out food. G&G was successful in convincing the Examining Attorney to change his mind and on February 12, 2014, the Examining Attorney approved the mark for publication and it eventually registered on September 2, 2014.

Soon thereafter, in February of 2016, Target began filing trademark registration applications for GOOD & GATHER in the U.S. Trademark Office. In 2016, Target filed for particular classes of foods such as raw fresh fruit and vegetables, beverages, wine, and a wide range of processed foods. In November of 2108, Target added various “retail store services” classes and also added a stylized “G” as a logo for the GOOD & GATHER brand.

Although the Target applications hit a few bumps, at no time during the examination process on any of Target’s applications was the GARNISH & GATHER trademark cited against Target. This is in spite of the fact that all of the Examining Attorneys who reviewed Target’s application used search strategies which would have revealed that GARNISH AND GATHER was already a registered trademark in a related food area. The obvious conclusion is that the Examining Attorneys either missed this reference in their results (which is unlikely), or that they simply did not think that Target’s applied-for mark (GOOD & GATHER) was likely to be confused with GARNISH AND GATHER. Eventually, Target was able to receive approvals to register all of the applications it filed for GOOD & GATHER although Target has not taken the last steps necessary to obtain trademark registration.

If a US Trademark owner objects to a US trademark application that is filed, the registrant can object to registration during the 30-day publication period. However, G&G did not object to Target’s mark, GOOD & GATHER. Instead, several months Target’s marks were approved for registration, G&G filed an action for trademark infringement, unfair and deceptive business practices, trademark dilution, and fraud against Target. G&G seeks a temporary restraining order and preliminary injunction designed to stop Target from putting the mark into use. Of course, G&G also seeks unspecified damages including “enhanced damages,” attorney’s fees, and any profits Target might have earned from the alleged breach.

G&G has taken very aggressive action against Target. The US Trademark Office offers various remedies within its administrative ambit by which parties can contest registration of marks. However, such actions impact only the registry and cannot directly prevent actual use of a mark (whether registered as a trademark or not). In other words, the US Trademark Office cannot enjoin parties from using trademarks, nor can the Trademark Office award damages. Apparently concluding that administrative relief was inadequate, G&G filed a lawsuit for trademark infringement and related causes of action. The advantages of such a lawsuit is that any relief obtained will likely be impactful. The downside to such a lawsuit is that G&G will be required to develop and try its entire case federal court where there are numerous procedural mechanisms available to the Defendant. In fact, Defendant has already filed a motion to transfer the entire controversy to the Federal District Court for the District of Minnesota, which is Target’s “home” jurisdiction. It is interesting that Plaintiffs chose not to file in Georgia (where, presumably, the bulk of the alleged damage will occur) and decided to file in a neutral forum such as the Southern District New York. One problem with New York as a forum is that it is very difficult to understand what possible connection New York could have with this litigation, other than the fact that the attorneys representing G&G are based in New York. It will be interesting to see how the transfer issue plays out and then see how, if at all, it impacts the litigation.

Although it is not unusual for smaller companies to find themselves in trademark fights with larger companies, it is somewhat unusual to see a smaller company take such aggressive action and purposefully select a forum such as New York City, which tends to carry very high litigation costs. A lawsuit such as the one filed by G&G against a well-financed adversary such as Target in New York City can be very expensive. It is possible (although this writer has not information as to whether this is the case) that G&G and their lawyers have entered into some kind of contingent fee agreement to share the risk and reward on this litigation.

From a trademark point of view, it appears that G&G tried to do everything it could in order to protect its trademark and branding position. It developed a name, created a compelling logo, and registered with the U.S. Trademark Office. We do not know whether or not G&G was aware that Target was attempting to register marks that G&G felt were confusingly similar to its registered trademark. G&G’s lawyers, from the attachments to the G&G’s complaint, it does not appear that G&G’s lawyers contacted Target’s lawyers until the lawsuit was imminent, even though Target was publicly filing trademark applications about three years earlier.

Without commenting on which party is “right” and which party is “wrong” on the infringement issue, it is not uncommon that the senior user (in this case, “G&G”) to have an expansive view of the scope and breadth of the exclusivity to which its mark is entitled. Conversely, applicants proposing to use a mark cannot understand at all how the senior user can even imagine that there is a likelihood of confusion between its proposed mark and the senior mark. The marks “GOOD & GATHER” and “GARNISH AND GATHER” are different in certain important respects but they also share at least some common characteristics. Because the “likelihood of confusion” analysis can involve more than about 12 – 20 different factors (depending on which court is doing the analysis), it is extremely difficult to predict which way a court rule in a close case. The major factor working against G&G is that the word “Garnish” is quite unusual and since it is  the first word (primary) Target will likely argue that it is the dominant part of G&G’s mark and the mark is therefore highly differentiated from “GOOD & GATHER.” the marks are different in terms of sight, sound, and meaning (which are three of the most important factors in a likelihood of confusion test). On the other hand, G&G can be expected to argue that GARNISH AND GATHER and its alliterative “double g” render their mark a “unitary mark” meaning that it should be considered holistically in any likelihood of confusion of analysis. “Unitary treatment,” however, usually requires more than just alliteration and requires some kind of “double entendre” or other element linking the two words inextricably together in order to maintain a synergistic meaning together than is the greater than the sum of its parts. There’s a chance GARNISH AND GATHER may qualify for such treatment but, even if it does, there is still the issue of whether GOOD & GATHER, taken as a whole, is likely to be confused with GARNISH AND GATHER, taken as a whole.

Likely, this case will turn on expert testimony, and the many factors and advocate must marshal in order to persuade the factfinder that there is (or is not) a likelihood of confusion. In all likelihood, unless G&G can score a quick “knock-out” with its request for a Temporary Restraining Order and a Preliminary Injunction this case could be with us for quite some time. We will check back with G&G and Target as the case continues to see if there are any additional lessons to be learned. Although not clear from the reported facts, one interesting question is whether G&G monitored filings in the Trademark Office to obtain the earliest possible warning that Target was encroaching upon what G&G perceived to be its territory. “Monitoring” services are available at low cost and early warning might have given G&G a head start in discouraging Target from using GOOD & GATHER as its mark. As a large company gets further down the road in its trademark roll-out, it gets more difficult to stop the program, even if the Company sees some merit in the other side’s claim.

Note: Kennyhertz Perry provides practical trademark and branding law advice that conforms to your business culture and appetite for risk. Trademark law is a complex specialty and Kennyhertz Perry offers the full panoply of trademark services.